Many years have passed since the first Barbie hit the market. However, the Mattel company does not stop innovating and, therefore, today we can have the new Barbie Fashionistas line.

This is the latest Barbie collection and a set consisting of dolls that are characterized by promoting diversity and inclusion.

To achieve this, they offer a wide variety of skin tones, eye colors, hair colors and textures, body types and accessories to choose from.

A little about the history of Barbie

To know the history of Barbie we have to go back to the 50s, since it was at that time when Ruth Handler realized that her daughter preferred to play with dolls that looked like an adult woman than with traditional child-like dolls .

The first Barbie was released in 1959 from the hand of the toy company Mattel, was inspired by a German doll called Bild Lilli and received her name in honor of Barbara, the daughter of Ruth Handler. Today, Barbie is considered the most famous doll in the world.

You may also be interested in the Wikiduca article dedicated to the benefits of having a stuffed animal for children.

Although the first Barbie saw the light in the 50s, the Mattel company continues to innovate and launch new creations frequently.

We find an example of this in Barbie Fashionistas, a range composed of dolls whose mission is to reflect the world in which girls live and offer them infinite ways to express themselves in style and create stories.

It is for this reason that the new dolls join the already more than 170 Barbies that make up this line created in 2015.

But what aspects does the Barbie Fashionistas collection take into account to favor inclusion and disseminate values ​​such as respect and tolerance? Some of the most prominent are the following:

The new products designed by the Mattel team have made it possible that, today, the Barbie Fashionistas line consists of dolls with 5 body types, 22 skin tones, 76 hairstyle styles, 94 hair colors and 13 hair colors eyes

It should also be noted that Ken's dolls are available in 4 body types, 18 types of constitution, 13 skin tones, 9 eye colors and 22 hair colors.

As Lisa McKnight, SVP and Barbie's global brand manager have pointed out, "we are proud that Barbie is the most diverse doll line on the market, a line that also continues to evolve to better reflect the world that girls see around it.

Our commitment and effort to reflect the real world is being offset by eight consecutive quarters of growth and double-digit growth of the Fashionistas category in 2019. "

So much so that, over the past year, more than half of Barbie dolls sold worldwide belonged to the Fashionistas line.

However, the news of the Barbie Fashionistas collection does not end here, since the company has wanted to go further in its eagerness to favor the inclusion of human beings in today's society. 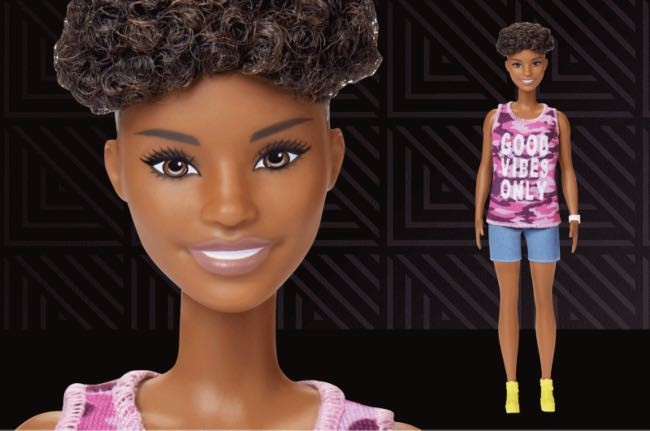 That is why Mattel has also added to this new line of doll toys that have the following characteristics:

Remember that, if you are interested in resorting to this line of dolls where inclusion is the protagonist, you can find the Barbie Fashionistas collection in both the usual toy stores and Amazon, El Corte Inglés, Carrefour and Alcampo throughout 2020.

Do you want to meet other toys that are also full of advantages for kids? Do not miss our article dedicated to Iam, a doll that works on identity and the search for values ​​among children.

More posts from author
Tuesday, April 07 2020 Online escape games for kids and adults
Tuesday, September 24 2019 Why is it said that black cats are bad luck?